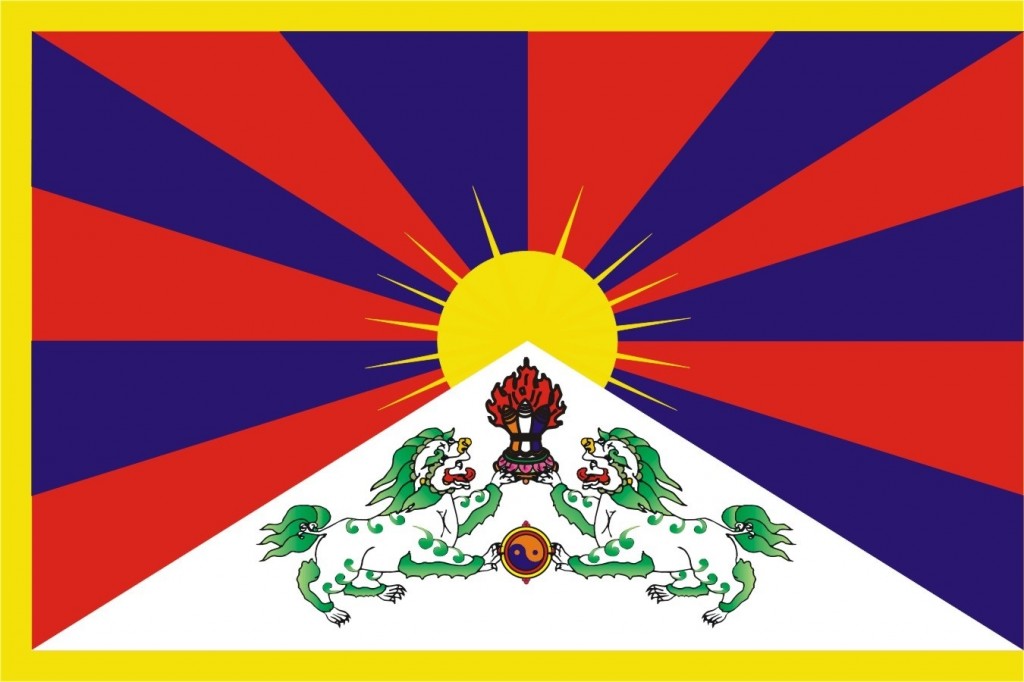 HISTORICAL BACKGROUND
During the reign of the seventh-century king, Songtsen Gampo, Tibet was one of the mightiest empires in Central Asia. Tibet, then, had an army of 2,860,000 men. Each regiment of the army had its own banner. The banner of Ya-ru To regiment had a pair of snow lions facing each other, that of Ya-ru Ma a snow lion standing upright, springing upwards towards the sky, and that of U-ru To a white flame against a red background.

This tradition continued until the Thirteenth Dalai Lama designed a new banner and issued a proclamation for its adoption by all the military establishments. This banner became the present Tibetan national flag.

Explanation of the Symbolism of the Tibetan National Flag

Lastly, the adornment with a yellow border symbolises that the teachings of the Buddha, which are like pure, refined gold and unbounded in space and time, are flourishing and spreading.