Knighthood Conferred upon Tsering Jampa on her Retirement Day 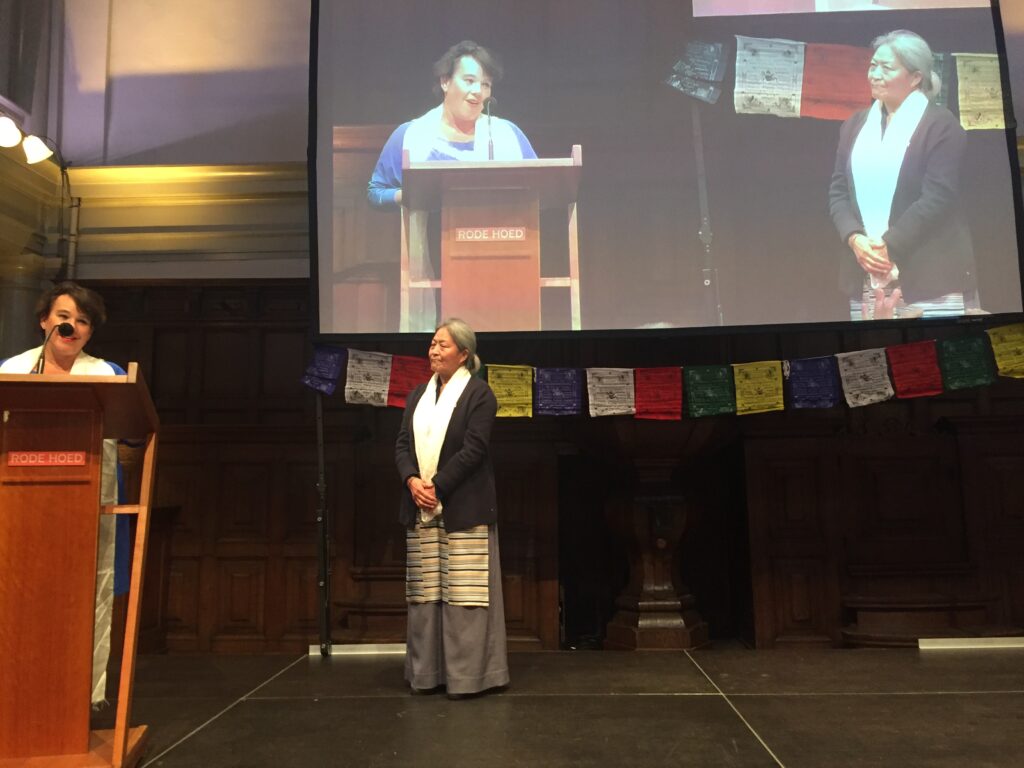 Ms Tsering Jampa, outgoing Executive Director of International Campaign for Tibet (ICT) Europe was conferred the Knighthood in the order of Orange Nassau by Kingdom of the Netherlands on 29 October 2021.

In the midst of the farewell ceremony for Tsering Jampa, the Mayor of Utrecht city, Ms Sharon Dijksma, entered on the stage from a side door. She announced the award and read a long citation before she affixed the medal on the left shoulder of Tsering Jampa.

The knighthood is one of the most prestigious medals in the Netherlands.

As a surprise gift, as it were, the conferment was kept confidential unbeknown to the recipient until the actual conferment. Tsering Jampa was pleasantly surprised and amid a tearful hug with the Mayor, in whose city she has been living so many decades, she accepted the medal on behalf of 6 million Tibetans and said that whatever achievements that have been attributed to her were only the result of hard work of her colleagues, past and present.

Earlier to this historic event, Mr Jan Anderson, Chairman of ICT Europe board, introduced the day by recounting the works of Tsering Jampa over so many decades. Representative Tashi Phuntsok then joined him to present to her a thangka, signed by His Holiness the Dalai Lama.

Mr Bhuchung K Tsering, interim ICT President, Washington made a short and emotional speech recalling his association with Tsering Jampa. Both of them had been mentored by late Lodi Gyari, he added.

Representative Tashi Phuntsok spoke next. Firstly he read out a letter of appreciation by Sikyong Penpa Tsering to Tsering Jampa. Among others, the letter said, “Your lifelong efforts towards serving the vision of His Holiness the Dalai Lama and the Tibetan cause are remarkable examples of leadership within our movement”.

He then paid collective tributes to all others of her generation who had contributed most significantly in their countries, particularly where there were no Offices of Tibet. Naming some, for instance, late Thuten Kelsang, New Zealand, late Tsewang Norbu, Germany, Tsering Youdon Jampa, Holland, Ugyen Tenzin Noubpa, France and Chungdak Koren of Norway.

Thuten Kelsang and Chungdak Koren have been also awarded recognitions by their countries.

The keynote speech was given by Prof. Cees Flinterman, University of Maastricht on “Revival of Human Rights’. It was followed by another round of speech by Tsering Jampa. She appealed to everyone to continue to support Tibet and extend cooperation and support to her successor Mr Wangpo Tethong.

She made particular mention of former MP and minister Erica Terpstra, who was present, who indeed made the surprise announcement of the entry of mayor Ms Dijksma.

In the beginning, Ms Namgyal Lhamo, a well-known singer provided the curtain-raiser for cultural ambience. Later the children of the Tibetan community sang songs including one thanking Tsering Jampa.

The Presentation of Khatak by TSGs and the Tibetan community of the Netherlands was followed by the vote of thanks by Mr Tethong and reception arranged for the invitees. 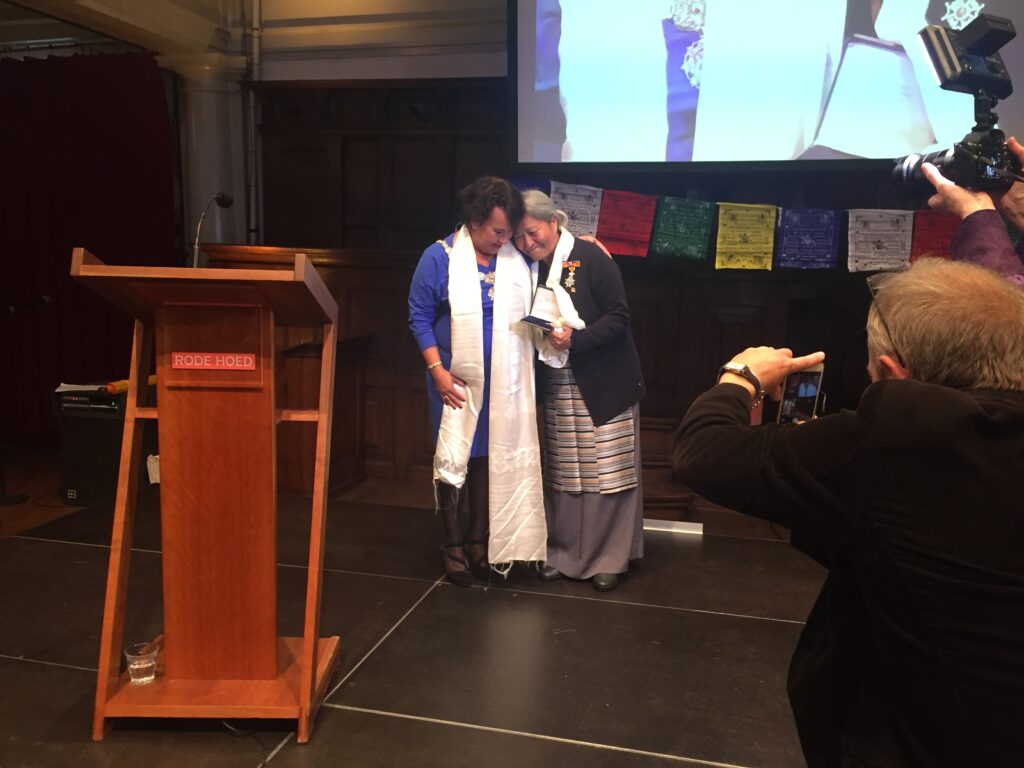 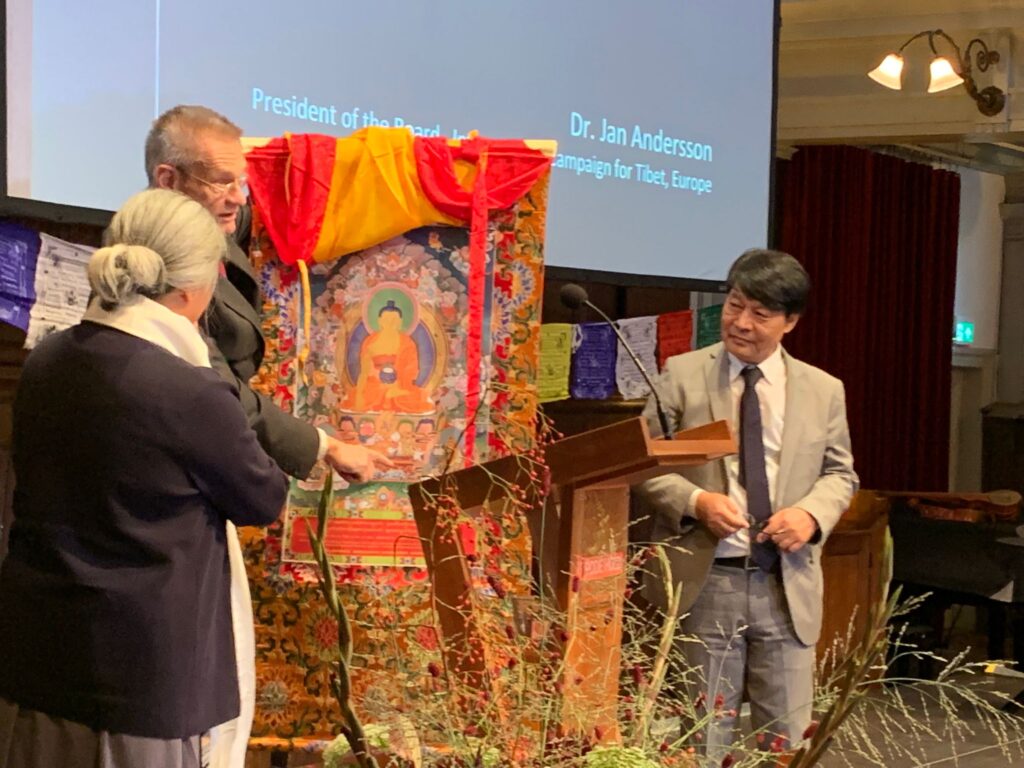 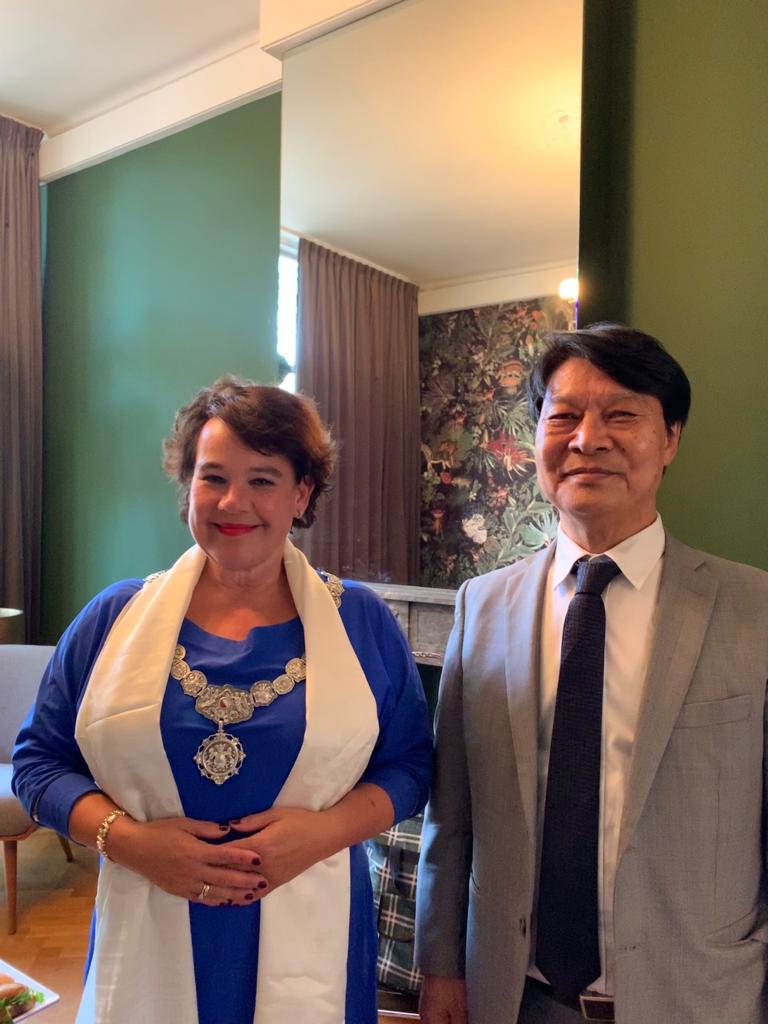 Representative Tashi Phuntsok seeing off Mayor of Utrecht after the presentation of the medal.