Brussels: In an ominous twist the Chinese national flag at the Chinese embassy in Brussels fell down during the protest commemorating the 62nd anniversary of the Tibetan national uprising yesterday afternoon. The flag was raised again immediately. However, in that unexpected spectacle, the protesting Tibetans at the embassy saw their faith reaffirmed that tyranny and authoritarian rule is doomed to fall.

Earlier in the morning, the Tibetans in Belgium observed the 62nd National Uprising Day in Brussels at Schuman, in front of the European Commission. Mr. Mikulas Peksa, Czech MEP from Pirate Party and President of Tibet Interest Group (TIG) in the European Parliament and Mr Samuel Cogolati, MP, Belgian Federal Parliament from Green Party and Representative Tashi Phuntsok were the key speakers.

Mr Peksa briefly introduced his country to the audience in an effort to broadly explain the role of his country towards the Tibetan struggle. Further, he reiterated that the issue of Tibet needed active support. He outlined a few ways in which the European Parliament could play an effective role. Mr Peksa has been President of TIG since the formation of the new parliament. 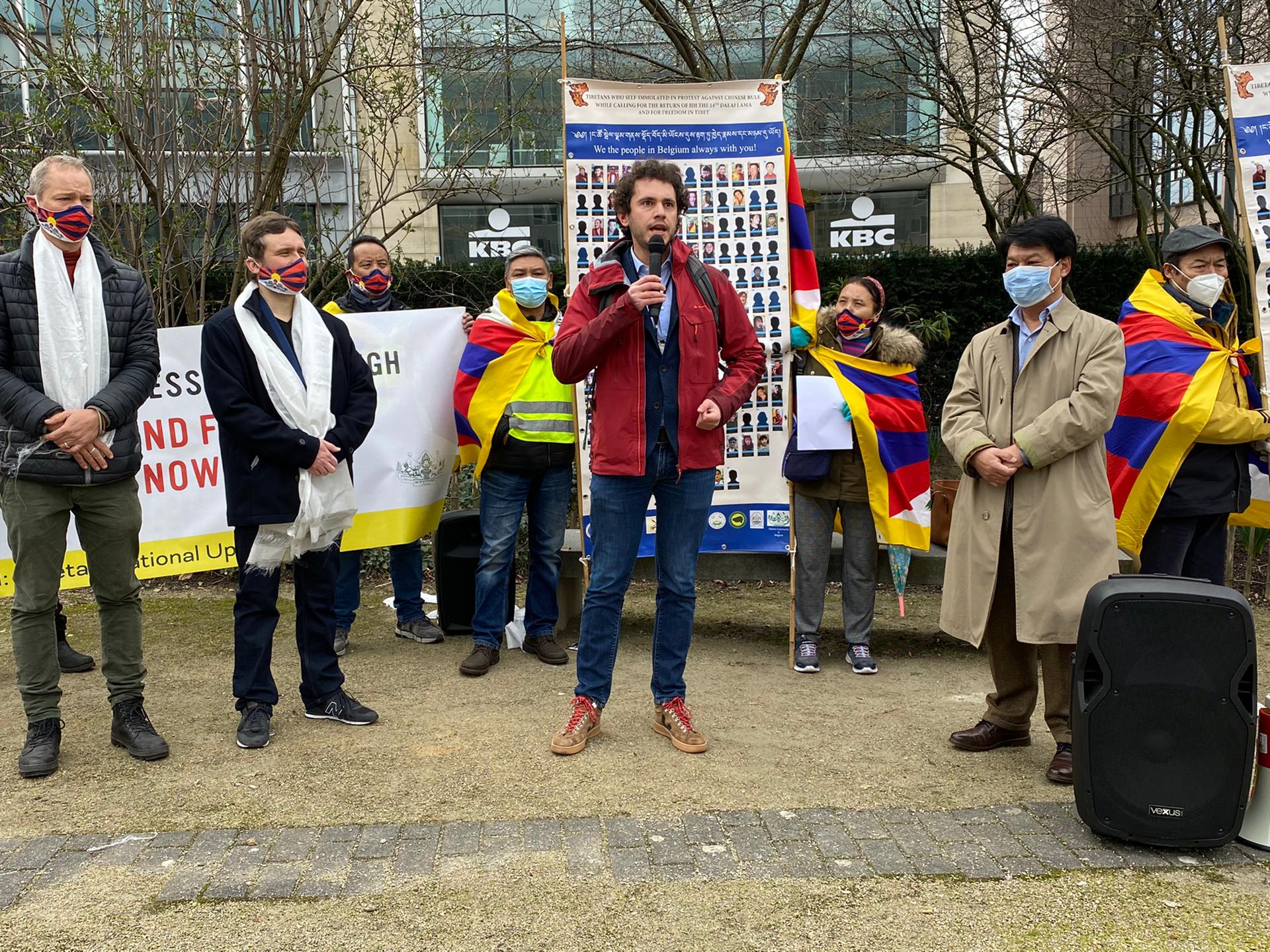 Mr Cogolati reiterated his commitment to the Tibetan cause. He said that human rights are universal and wherever it is violated it needs protection. He recalled his efforts at getting the Belgian government’s stand that the succession of His Holiness the Dalai Lama is an issue to be decided by the Tibetan Buddhist community and nobody else. He has also strongly supported the issue of the Panchen Lama, Gedhun Choekyi Nyima.

Representative Tashi Phuntsok, while thanking Mr Peksa, recalled how Czechoslovakian President Vaclav Havel invited His Holiness the Dalai Lama as his state guest. Their struggle against the Russian rule and eventual independence, he said, was great source of encouragement for Tibetans. He further welcomed the Magnitsky Act having been adopted by the US and the European Union. He made special mention of the US Reciprocal Access Act and the Tibetan Policy and Support Act.

Mr Vincent Metten of ICT and Mr Phurbu Dhondup, President of the Tibetan Community in Belgium, thanked the guests and the gathering.

The demonstration was carried out strictly to the rules of Covid regulations and police instructions. Only 100 persons were allowed at the static demonstration. It was jointly organized by the Tibetan Community in Belgium, ICT, Lungta and other Tibetans associations. 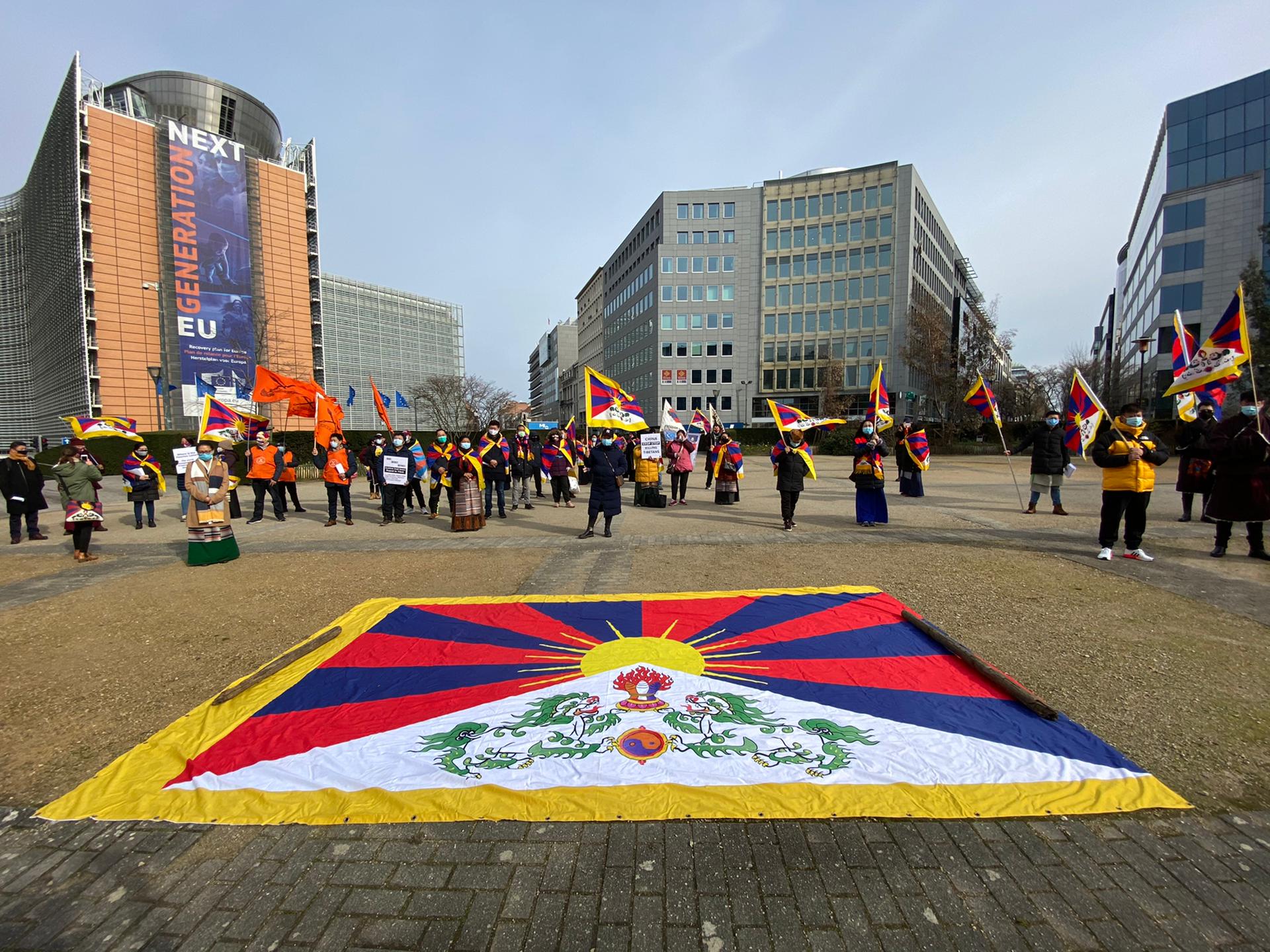 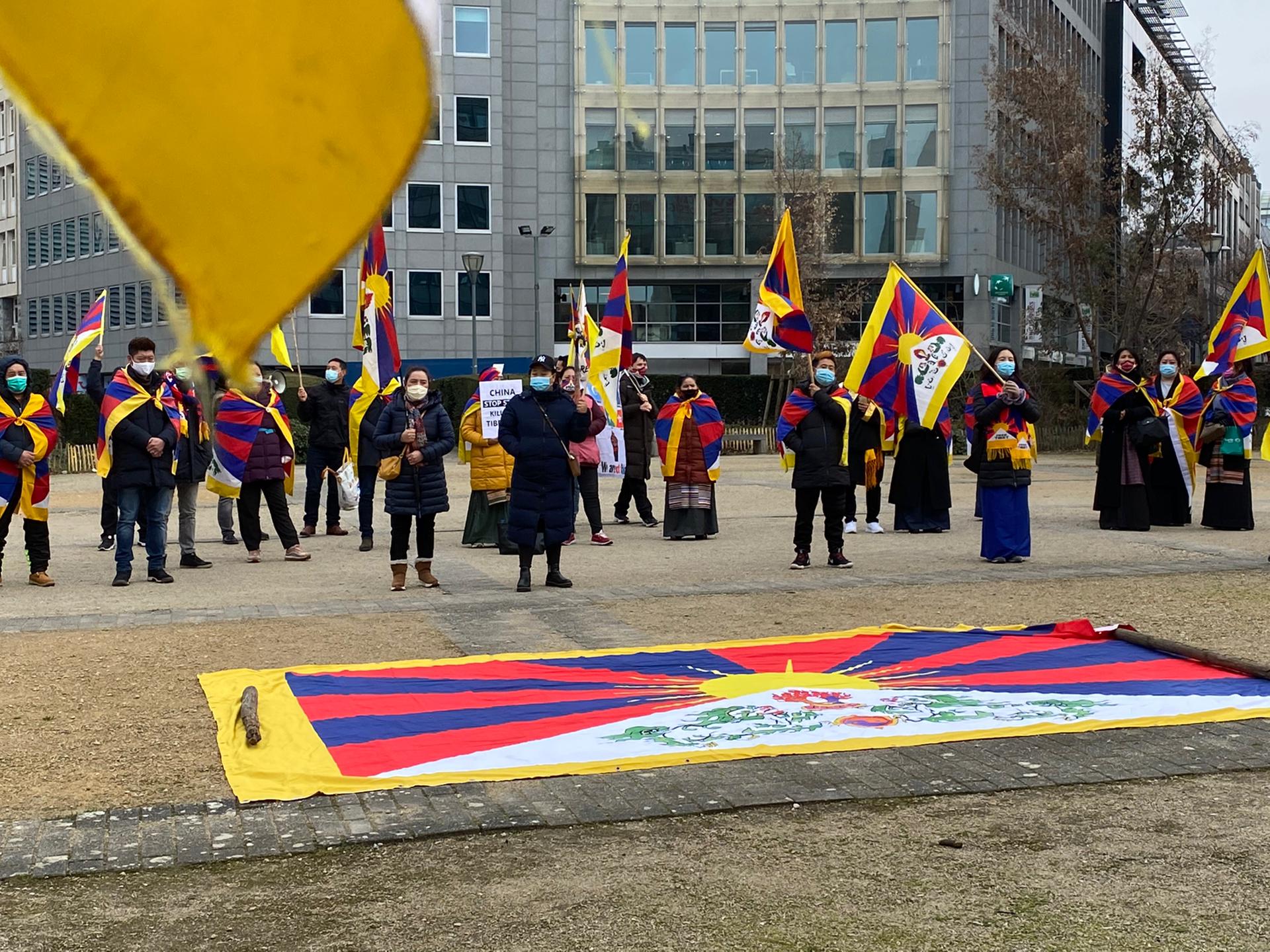 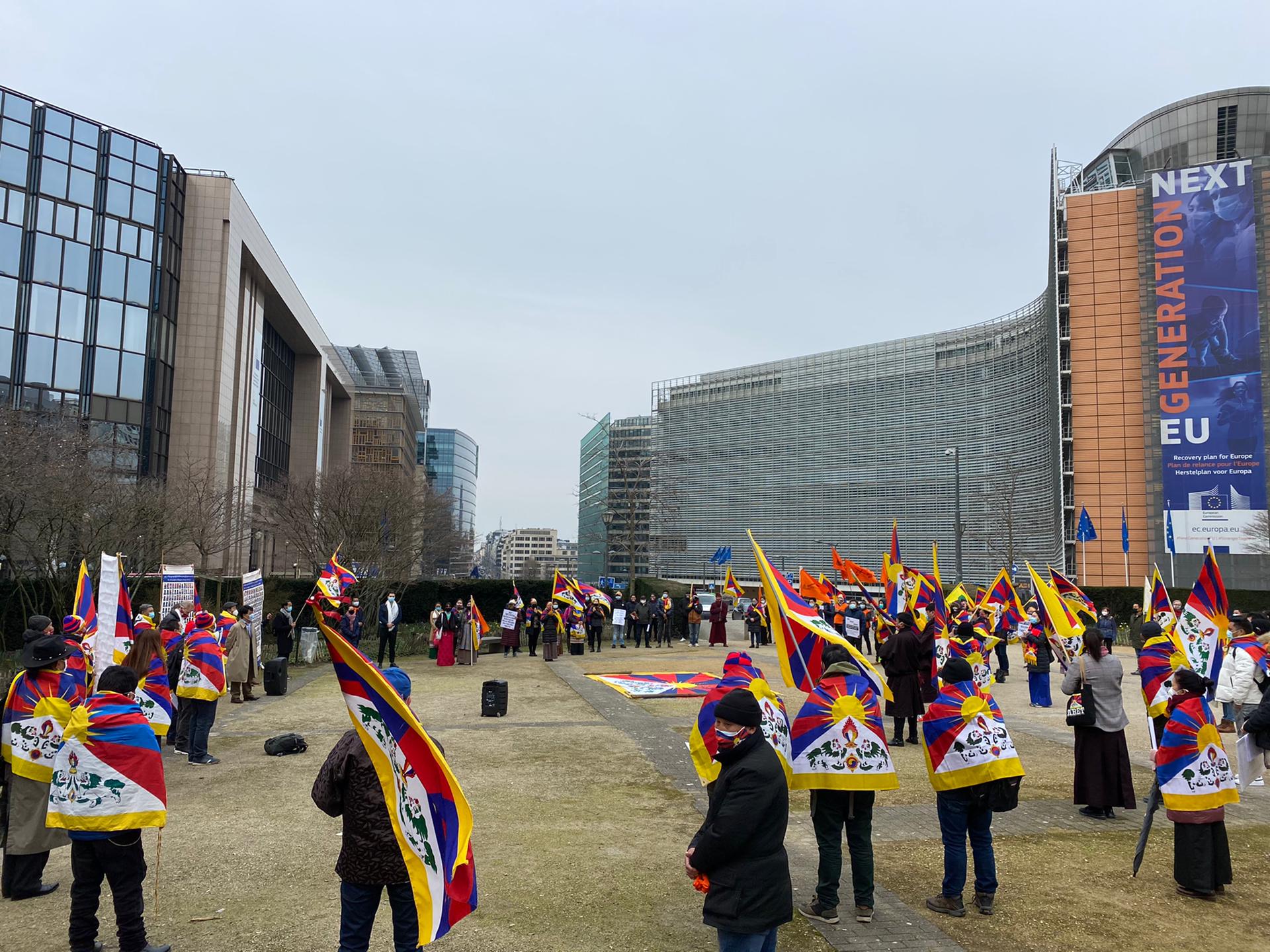