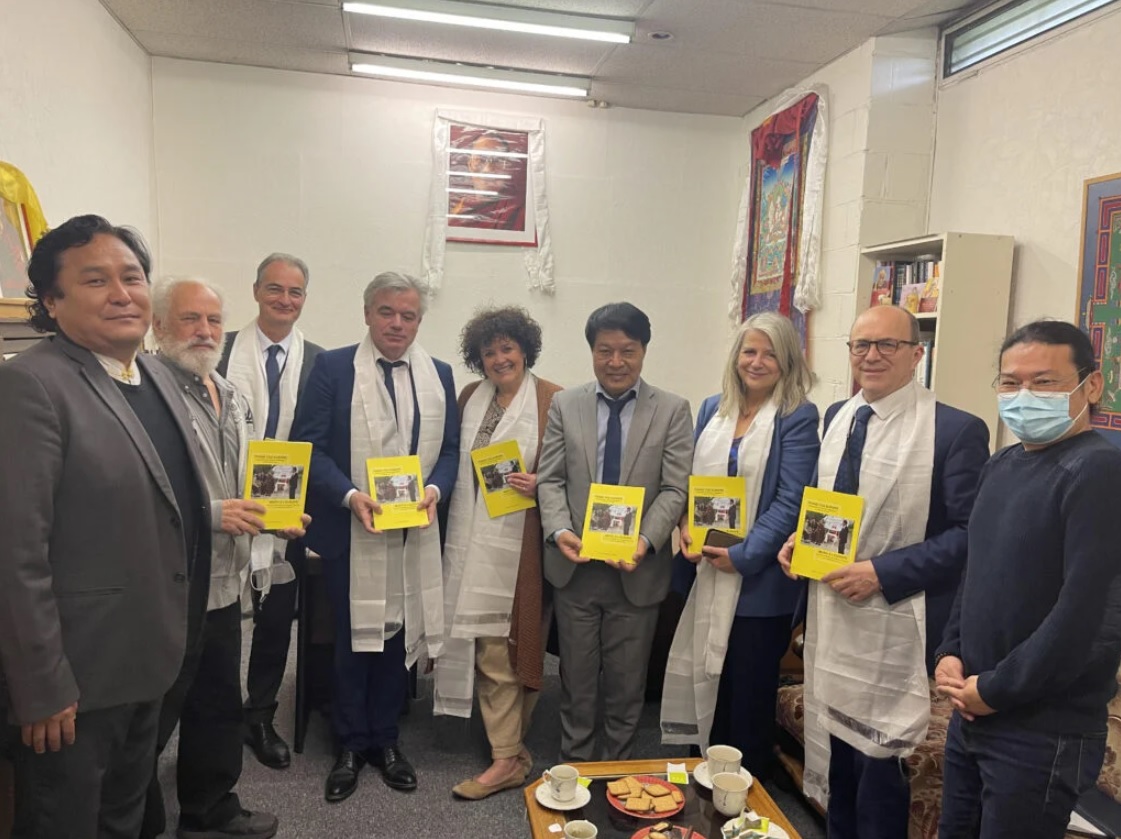 Representative Tashi Phuntsok thanked them for their continuous support for the Tibetan Cause and updated about His Holiness the Dalai Lama’s health and programmes. He also updated them about Sikyong Penpa Tsering’s meeting with officials and dignitaries during a recent tour to the USA. Mr. Tashi Phuntsok welcomed the UN High Commissioner Mrs. Michelle Bachelet’s plans to visit East Turkestan. The deplorable human rights situation in Uyghur regions has been condemned. However he has informed them that the Human Right situation in Tibet is still in a very critical condition and expressed his dissatisfaction over sidelining Tibet during this upcoming visit and urged them to raise the issue to include Tibet in her itinerary.

A small opening ceremony of the book “Thank You Europe For Adopting Tibetan Communes in solidarity with Tibet” which is funded by Aide à L’enfance tibétaine (AET) was held at Tibet Office and the French Senate Tibet Support Group President Mrs. Jacqueline Eustache-Brinio opened that book. The 76 towns from Europe have adopted Tibetan towns and villages.

The main objective of the town adopting campaign was – to preserve the identity of the communes within their own territory as was done for the Romanian Communes – to broaden the French communes horizon towards other cultures, other people of the world and to act as French citizens, guarantor of a motto which speaks of liberty, equality and fraternity. – be constructively oriented towards the preservation of Tibetan heritage, history and culture, thus benefiting from mutual wealth. – to formalise these adoption to maximise media coverage.

A Tibetan luncheon was arranged at Taste of Tibet Restaurant. 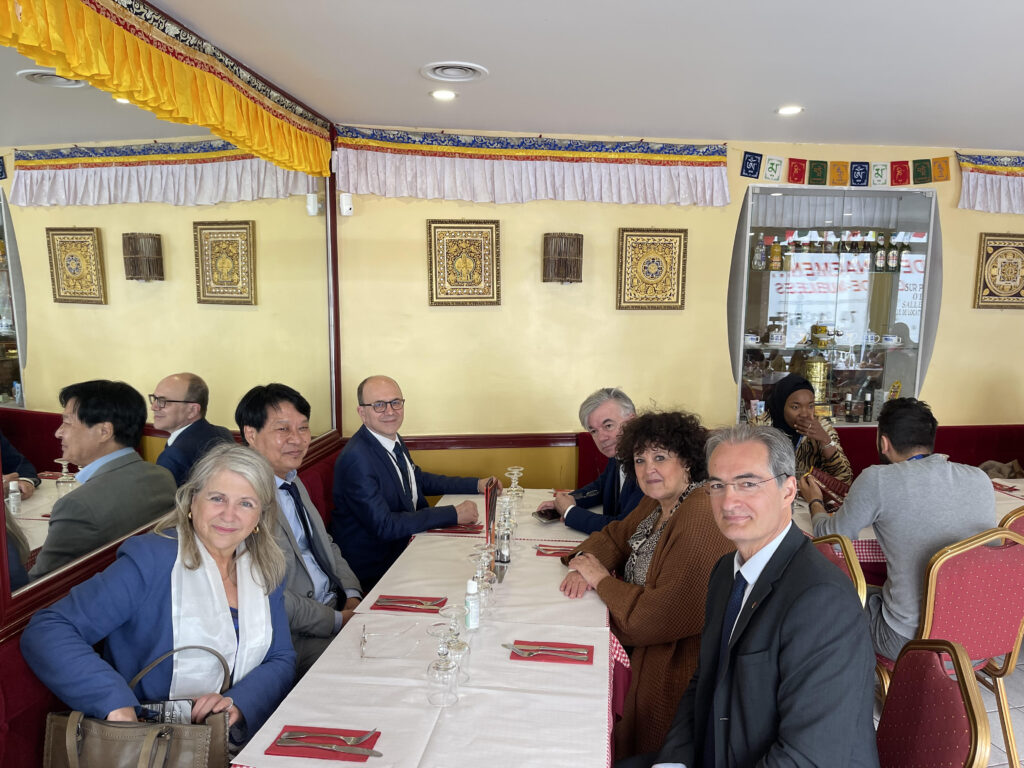 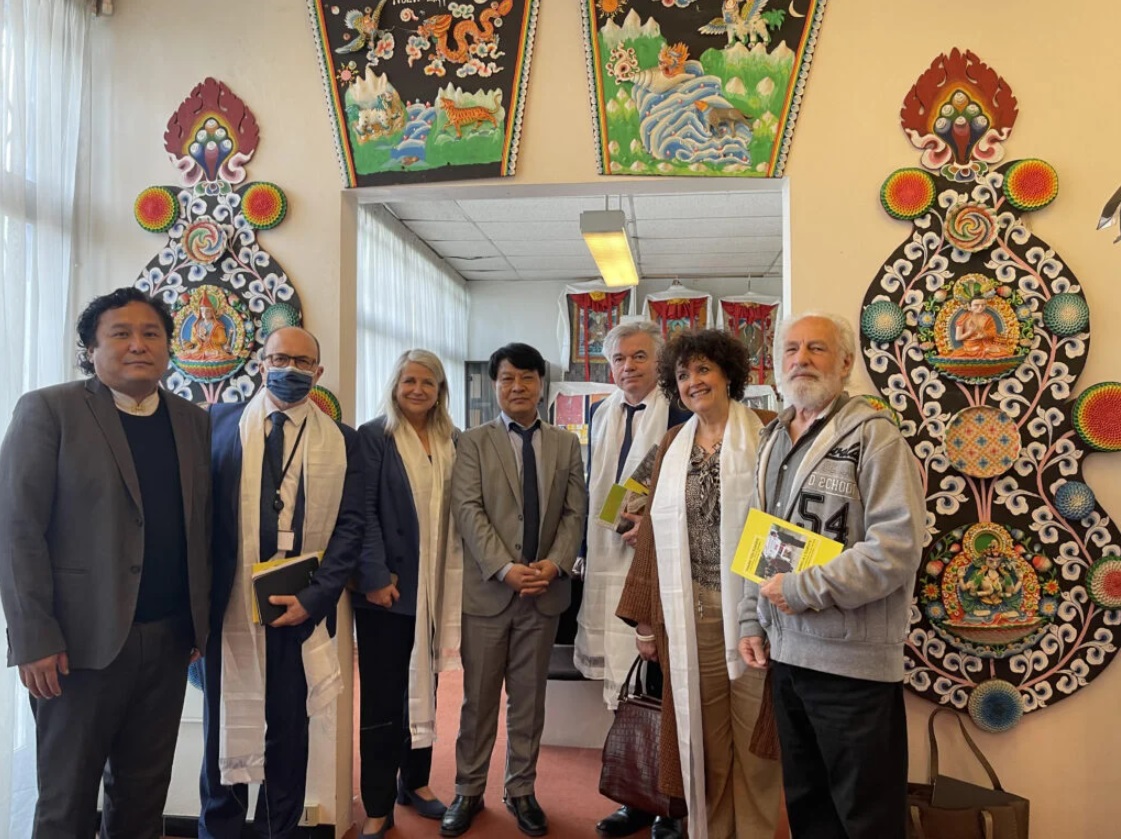